Steaua will meet Premier League side, Manchester City in the Champions League Play-Off. The first leg will be played in Bucharest on National Arena on either 16th or 17th of August. The second leg is set to be played on 23rd or 24th of August. City is the most powerful opponent which Steaua could have met:

The complete table of the draw: 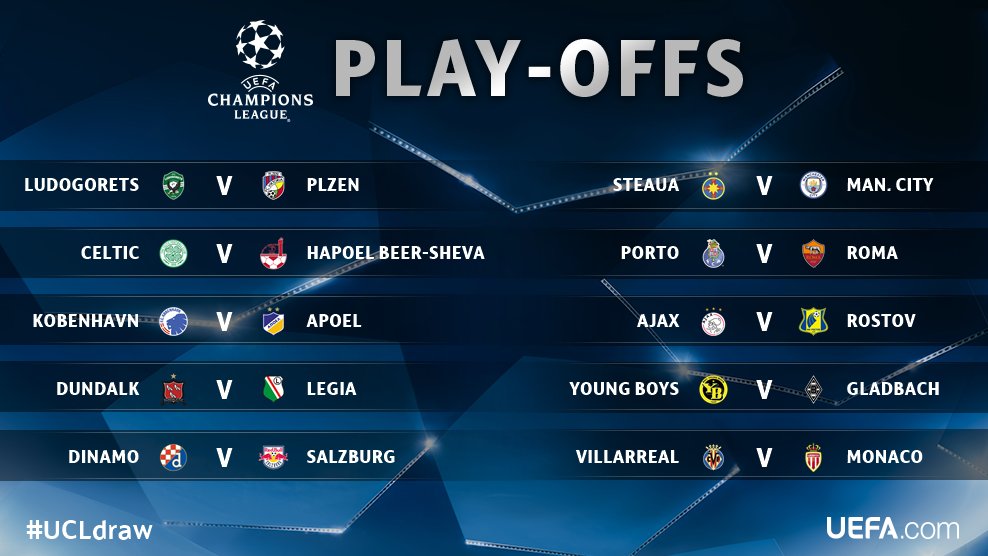 Laurentiu Reghencampt, Steaua’s coach: “We will take our chance. Guardiola is one of the best managers in the world. It will be very difficult for us but we will see what will happen. We have a chance and we must take advantage of it. There are reasons to be happy after this draw. All the teams are strong. Is a pride for us to play against Manchester City. With Ajax or Porto we would have had more chances.”

Steaua’s best player, Stanciu: “Personally, I didn’t want Manchester City in the Play-Off but this is it. We have a unique chance to play agaist such a team as City. I am confident that we can qualify. We will play our best football for sure. It will not be easy.”

Stanciu scored all three goals for Steaua in the current Champions League preliminaries.

This is the second time when Manchester City meets a Romanian team in the Champions League Play-Off. The previous and first meeting between City and a Romanian team was in 2010 when the Premier League side, played agaist FC Timisoara. The citizens qualified after 3-0 on agg.