Sparta and Steaua will meet in the 3rd preliminary round of Champions League. First leg will take place on Generali Arena from Prague on July, 26th and the second leg, a week later on National Arena from Bucharest. 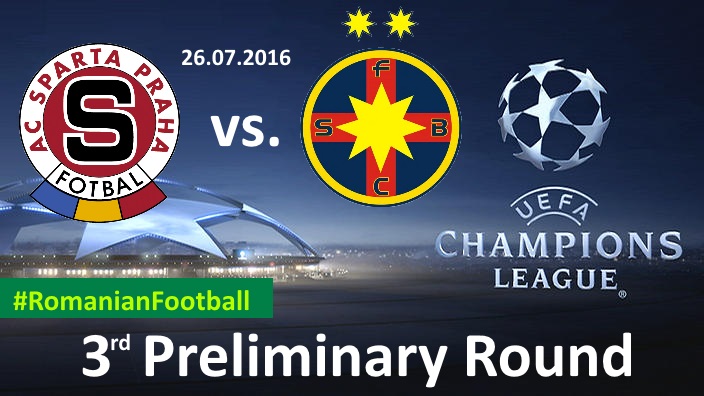 The previous official meeting took place in 1988 on September 9th when Steaua played in Prague against Sparta. Although the Czechs scored first (Kukleta – 20′), the Romanians came back into the game and scored 5 times (Lacatus – 30′, – 45′; Hagi – 78′, – 88′; Stoica – 86′. Second leg took place on October 5th in Bucharest and ended with a draw, 2-2 (Bilek – 12′ – 88′ / Hagi – 38′; Lacatus – 77′). Steaua qualified with 7-2 on agg. The Romanians reached in the final of the Champions League in that season but lost it against AC Milan. It was their second final in the club’s history. 28 years later, Sparta and Steaua are playing for a place in the Play-Offs for Champions League groups.

Except the two matches from 1988, the two opponents met in a friendly match in 2015 which ended 3-0 for Romanians. The goals were scored by Tucudean (two goals) and Stanciu.

Steaua vs. Czech opponents
Steaua also played two other Czech teams. In 1999, red and blues met Slavia Prague in the UEFA Cup 3rd round. They lost in Prague with 4-1 and draw at home, 1-1. Eight years later, Slavia and Steaua met again in the Campions League groups. There was a win (2-1) for Slavia and a draw (1-1).