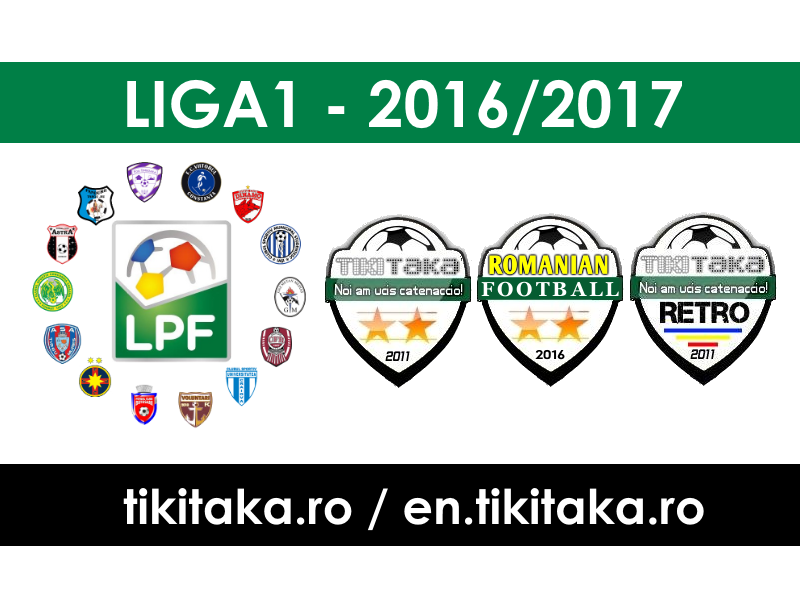 – 2016/2017 is the 99th season in the history of Romanian first tier football championship.

– The very first football championship held in Romania was in 1909/1910 when only 3 teams participated: Olympia Bucharest, Colentina Bucharest and United Ploiesti. Olympia won after one win and one draw, Colentina placed second and United, 3rd.

– First national football championship as we know it today, took place in 1921/1922. Till this season there were only regional competitions.

– Most awarded champion holders outside Bucharest are UTA Arad (currently in Liga2) and Chinezul Timisoara (no longer exists), both with 6 titles.

– Steaua Bucharest is the most Liga 1 awarded team, 26 titles, followed by Dinamo Bucharest with 18 titles

– Brazil is the nation with more footballers than any other who played or still plays in the Romanian first leagu: 28. Serbia follows closely with 27 footballers.

– Rapid Bucharest has been relegated to second league due to financial problems, while relegated ACS Poli Timisoara took their place in Liga1

– Timisoara will start the season with -14 points, Mures and CFR Cluj with -6 points after they failed to pay players’ salaries on time or not at all.

– Steaua, Dinamo, FC Viitorul, FC Botosani and FC Voluntari are the only clubs that never relegated since their promotion